Most deer hunters, including myself, will go through a natural progression where our mindset and our deer hunting tactics will evolve based on our experiences in the woods and our study in the off season.

While I was checking cam pictures the other night, I re-read some old journal entries for the properties where a couple of my target bucks for this season are currently living. While reviewing the journal, I also noticed my “Stand and Blind Locations” log. I clicked on it and read through it. My entries are divided by county, and then by property. Each kill location has wind directions included, starting with the best wind for that particular set. My Stand and Blind Locations log includes over 100 kill sets in 8 different counties.

I reflected back upon my early days as a member of Dan Infalt’s The Hunting Beast forum. Back then, I would pick properties where I knew shooters lived. Sometimes, I would pick the most likely set based on a favorable wind for the day of the hunt. Other times, I tried to incorporate hot sign first, then choose my set based on the best sign I could find on the day of the hunt.

While talking with a friend today, I came to realize that since I started deer hunting at the age of 12 years old, I have not killed a single 4.5+ year old buck outside of rut.

None. Even with all the effort, even with hundreds of miles under the soles of my boots and waders, I have not killed one 4.5+ year old buck outside of the rut. Constant effort analyzing the puzzle pieces collected on mature deer, and not one has fallen outside the rut. I have killed some very nice bucks outside rut and some mature bucks during rut. However, the realization that I have killed exactly ZERO early or late season was an eye-opening revelation.

The reason for this is twofold. First, for part of that time, I wasn’t strictly targeting mature bucks. Second, when I have targeted mature bucks specifically, I spent too much time concentrating on that list of prepped sets and not enough time finding that one specific location where Mr. Big is killable.

After reviewing the Stand and Blinds Location log, I decided I wasn’t going to look at that list of kill sets anymore, at least not often. Instead, I will be consulting my HIT LIST first and figuring the rest out from there.

I mentioned on my Going 4 Broke Outdoors Podcast Episode that I like to let the deer tell me what to do. That’s true. But I’m taking it to a whole new level in 2021.

There’s ONE spot you can kill that buck from on any given day. Do you know where that is? 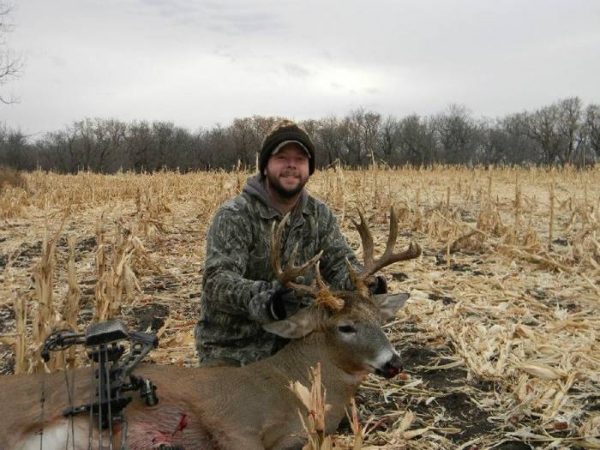 Disclaimer: This article contains Amazon Affiliate Links (I earn a small commission, at no extra cost to you, if you place an order through the links in this article).

Top 5 Bowhunting Mistakes: How to Become a Better Whitetail Bowhunter

Spot and Stalk Whitetail Tactics: 10 Tips to Take a Big Buck with a Bow